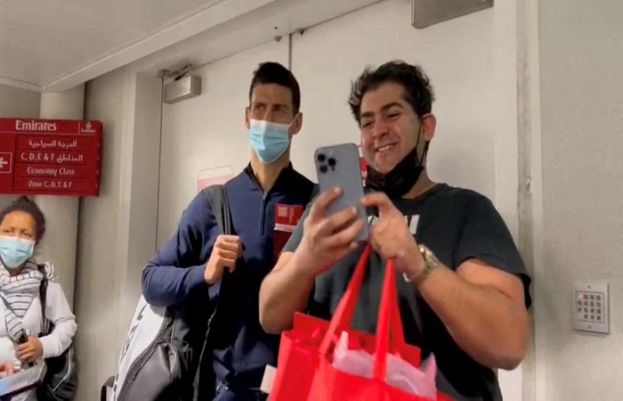 On the primary day of the Australian Open, the world’s best  tennis player was taking selfies with fans at a Dubai air terminal appearances door.

Instead of warming up for his first scheduled match on centre court at Melbourne Park in front of thousands, Novak Djokovic was 11,600 km (7,200 miles) away, agreeing to photos with a handful of fellow travellers.

“Hey mate, sorry about what’s happened,” one man said as he lowered his face mask for a snap with Djokovic, who kept his own mask on as he waited just off the airbridge for his entourage to exit the plane.

The world number one flew out of Melbourne late on Sunday after the Federal Court upheld a government decision to cancel his visa, capping days of drama over the country’s COVID-19 entry rules and his unvaccinated status.

Djokovic was escorted to Melbourne Airport by Australian Border Force officials, who formed a guard around the player in an airport lounge before taking him to the door of the plane.