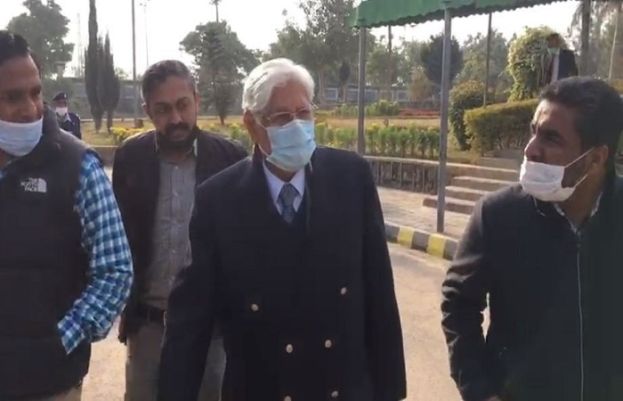 IHC Chief Justice Athar Minallah said the plea pertained to defamation proceedings against the PTI leaders but the petitioners – grandchildren and daughter-in-law of Shamim – were not the affected party in the case.

The judge said Rana Shamim himself did not become party to the said petition. The IHC CJ said as per the petitioners’ lawyer, Ahmed Hassan Rana – also Rana Shamim’s son, they did not ask Shamim before filing the plea.

Earlier this week, the plea filed by the family of the ex-judge sought disqualification of Senator Faisal Vawda and Fawad Chaudhry, State Information Minister Farrukh Habib and PTI leader Sadaqat Abbasi as members of parliament.

The petitioners had requested the court to issue a restraining order to prevent media from conducting a “character assassination” of Shamim until the verdict in contempt of court case.

According to the petition, Vawda made baseless allegations and used insulting language in a private TV channel’s programme on November 15, 2021. It had stated that Vawda, Chaudhry, Sadaqat Abbasi, and Habib made allegations against Shamim on various TV shows. It had also sought punishment for the said anchorpersons for violating PEMRA’s code of conduct.